Reminder: OP Airdrop #1 is not yet available to claim.

The official airdrop date will be announced on Twitter by @optimismPBC (opens new window). Airdrop #1 will not require payment. Anyone offering to sell you OP before the official announcement is a scam. Stay safe!

The Optimism Collective is based on the idea that healthy public goods create a thriving and valuable ecosystem. The economics of this ecosystem are designed to generate value for three constituencies: 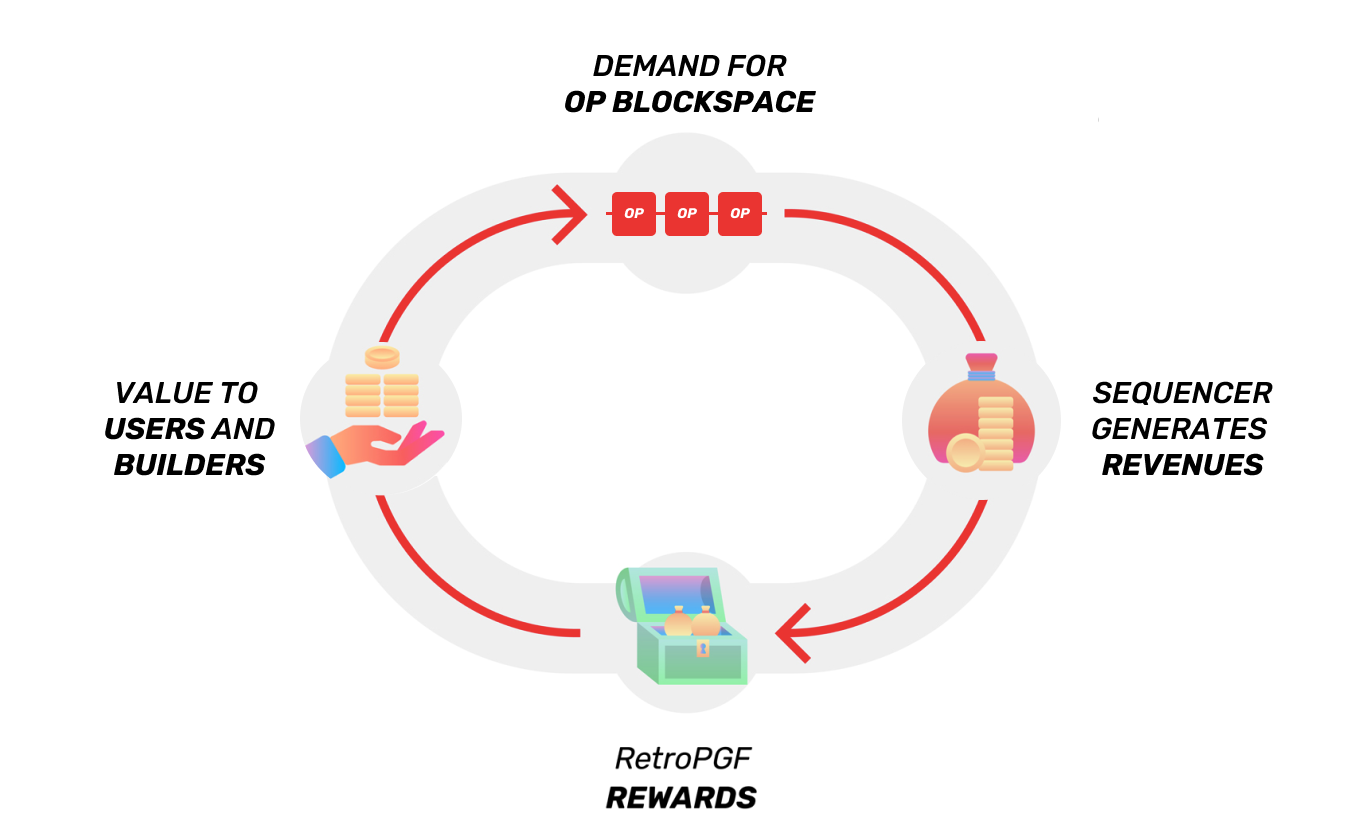 Let’s break it down ⤵️

Simply put: the right to blockspace is the sustainable source of revenue that drives OP’s economic model and grows with the network itself.

# Revenue is distributed to public goods

Communities benefit from all sorts of public goods, from education to city infrastructure to open source software. But many markets fail to provide adequate funding and support for those public goods. It’s here that Optimism takes a step forward, by building a sustainable funding source into the mechanisms of the network itself.

Direct or auctioned sequencer revenue is distributed back to the ecosystem primarily through Retroactive Public Goods Funding (RetroPGF (opens new window)). This creates strong incentives for individuals to build for the public good of the Optimism Collective.

To start, the Citizens’ House will vote quarterly on distributions of funds to individuals, teams, projects, or communities that have provided subjective value over a specified time period. This directly rewards community members for the positive impact of their work.

RetroPGF also provides possible exit liquidity for public goods projects, which opens up a market for early investment in those projects. This means builders can:

In the long-term, we expect this mechanism to drive a wide range of pro-social downstream effects, which the Collective can capture and expand upon through frequent experimentation and iteration.

Funding public goods drives growth — and therefore network revenues — from the ground up. In our first round (opens new window) of RetroPGF, Optimism funded a set of hugely valuable developer tools and core infrastructure. The aggregate effect is an ecosystem that is easier to build on, learn about, and connect to, in turn driving application usage and generating more demand for blockspace.

But what value do these public goods provide, and for whom is it valuable? This is a rich design space. Optimism’s governance is designed to create conditions for experimentation around this questions. We draw heavily on the work of Ostrom, Vitalik, and others to make sure funding for public goods is maximally efficient, effective, and safe.

To start, we both share and divide governance through a two-house system, where network parameters for the amount of funding are controlled by both houses, but the governance of RetroPGF allocation is determined by a set of Citizens with local knowledge and skin in the game.